5 Big Benefits Of Creatine In Bodybuilding 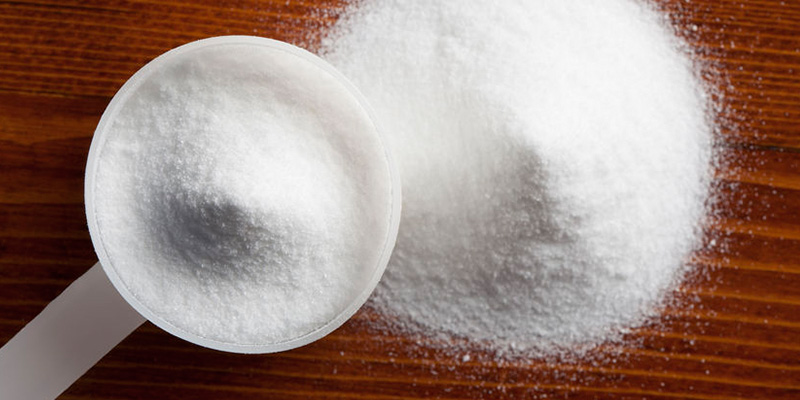 There has been a lot of talk in the weight-lifting and bodybuilding departments about taking in creatine supplements. There are concerns regarding the side effects it brings, but as of today, there is no supporting evidence to say so.

Creatine has a lot of benefits, but before we delve into them, it is best to explain what creatine is and its primary purpose in our body.

Creatine is naturally produced by the body. It is a substance which is found both in the muscles and in the brain. 95% of it is in the former while the remaining 5% is found in the latter.

Creatine in the muscles is in the form of phosphocreatine (or creatine phosphate). Phosphocreatine is a type of energy that is mainly used during muscular contraction.

Although the body supplies enough creatine that is needed by the person, those who are into intense strength training and bodybuilding need more creatine to be able to have more high energy reserves and to have stronger muscles. Taking supplements is one way of having added creatine.

The 5 Benefits of Creatine

The main purpose of creatine is to produce more creatine phosphate that strengthens muscles whenever there are contractions. The process takes place in this way: during intense workouts or activities, the molecule adenosine triphosphate (also known as ATP) produces energy.

ATP is an energy source and one kind of energy it releases is phosphocreatine. Once it releases phosphocreatine, it becomes ADP (adenosine diphosphate). This might be hard to understand but you can think about it as a three-legged creature that loses one leg, therefore, becomes unable to fulfill certain tasks.

In a similar way, ADP is not fit to produce energy for intense activities. When you take creatine supplements, phosphocreatine is produced faster and this completes ADP to become ATP again.

Moreover, with more creatine supply in the muscles, the muscles are supported with a good level of energy so that they can sustain strenuous activities and will not experience fatigue right away. Creatine helps in sustaining that constantly, supplying high energy to the muscles.

Creatine is said to strengthen muscles because it also helps reduce muscle damage. In other words, it helps your muscles recover from strenuous activities.

There has been a study where an experimental group of athletes took in creatine supplements and the control group had none. After making the athletes run and go through the experiment proper, they found out that those who took in creatine had less muscle damage.

While creatine can be the main cause for muscle improvement, it does not work alone. When it comes to increasing muscle mass, it works with other substances as well.

However, it can be assured that the increase in totally body mass in taking in creatine directly results to increase in muscle mass and not an increase in bone or organ mass.

Studies have shown that athletes who take in creatine were able to gain at least 5 pounds of lean body weight after 6 weeks.

As previously mentioned, at least 5% of creatine is found in the brain. Yes, it is a small amount, but added creatine makes a significant difference in brain performance as well.

Creatine in the brain is considered a neuroprotectant which means that it protects brain cells from being damaged. Moreover, whenever trauma is experienced and when there are disorders that threaten to affect brain cells, creatine helps the brain combat these disorders by strengthening brain cells.

That is why it can aid in treating some brain diseases although this is to be taken with a grain of salt since it has not been fully tested.

Research shows that more creatine in the body helps regulate blood sugar levels. This is because creatine helps in increasing the production of GLUT4, a molecule that transports sugar to the muscles.

With GLUT4, the body is able to have a higher tolerance for glucose. To add to that, creatine alters the effect of insulin in the body which aids in controlling blood sugar. Check out this great video on more concrete benefits of Creatine for muscle building: